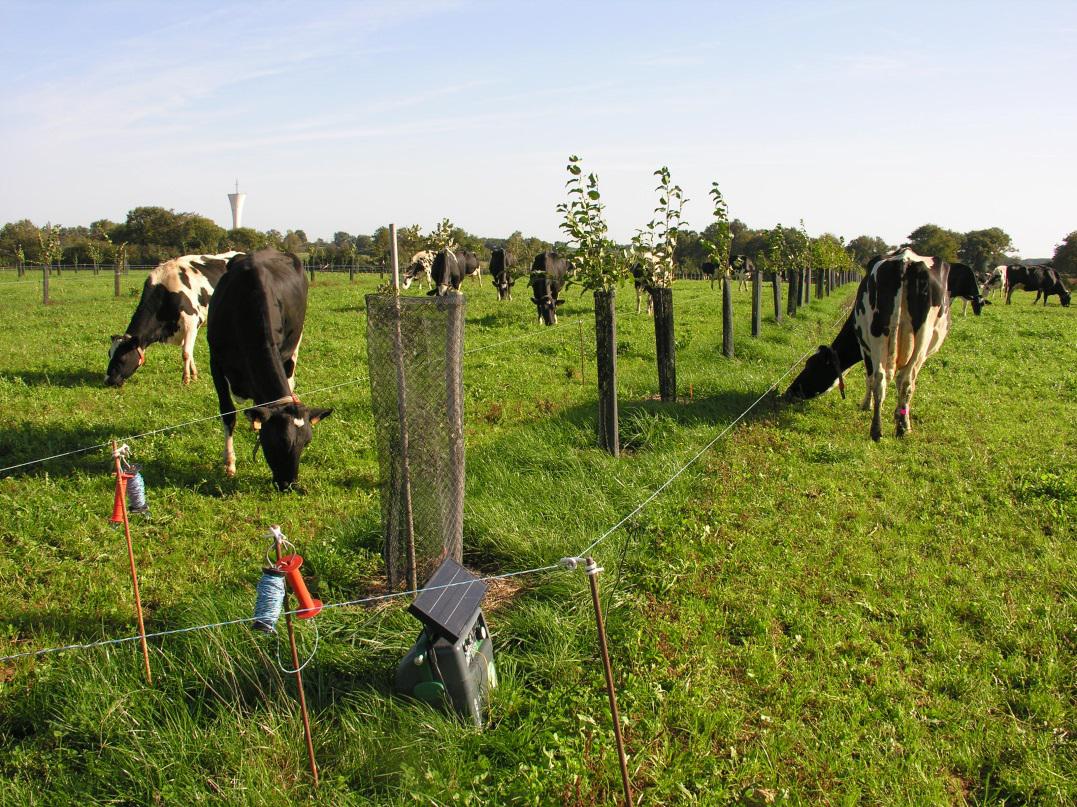 Agroforestry with ruminants in France

Research stations and selected farmers across France have investigated the possibility of integrating trees in cattle, sheep and goat production.

An initial stakeholder meetings in Northern France on 1 July 2014, was followed by a second meeting at the INRA Lusignan Experimental Centre on 28 August 2014. Together the meetings were attended by 27 participants. Improved animal welfare and an improved farmer image were seen as key positive aspects of agroforestry with cattle, sheep and goats. The key negative aspects were perceived to be the complexity of the system and the work load. Potential areas for research included tree protection against livestock, the spatial arrangement of trees to optimise forage production and animal welfare, the nutritional benefit of tree forage, and the collation of technical and economic appraisals of such systems.

If you would like to know about the activity of this group, please contact Eric Pottier (eric.pottier@idele.fr).

An initial research and development protocol was produced in March 2015.

A system description report providing an update on agroforestry research with ruminants in France was produced in December 2015.

In July 2017, Sandra Novak and Eric Pottier summarised the lessons learnt from their research of agroforestry with cattle in France. The research on tree protection at the experimental site at INRA Lusignan showed that electric fencing and metal fences are effective in controlling cattle damage to the trees. However it was also necessary to use strong mesh guards on each individual tree to limit the damage from deer. Planting trees in double or triple rows was more effective (in terms of costs and weed control) than planting single rows. It was also noted that although the trees will provide production benefits in the medium to long-term, the “up-front” costs are significant.

The research also examined the nutritive value of the leaves of 10 tree, shrub or liana species relative to alfalfa. The crude protein concentration varies from less than 85 g kg-1 in holm oak to more than 220 g kg-1 in black locust, chestnut, ash and white mulberry. Both white mulberry (Morus alba) and common ash (Fraxinus excelsior) have sufficient digestibility and nitrogen degradability to be included in the diet of lactating cows in mixed crop-livestock systems.