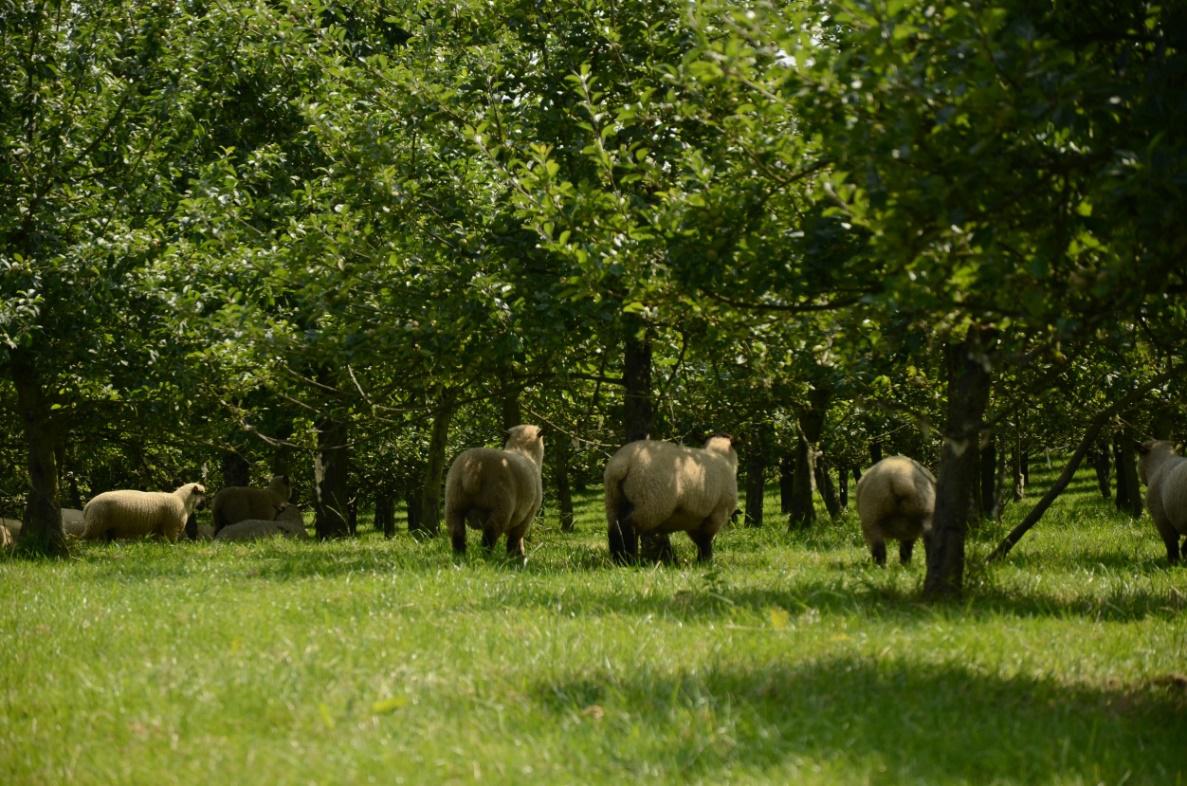 Meadow orchards in France were estimated to cover about 600,000 ha in 1950, but the current total is about 150,000 ha. It is estimated that 43% of French pre-orchards are "cider" apple orchards located in Normandy, Brittany and the north of the Loire river. One of the new features being practiced by some French growers is the grazing of “low-stem orchards” by Shropshire sheep, which are report by some farmers to not damage the bark of trees.

The meeting in Normandy on 31 July 2014 was attended by 25 stakeholders, including nine farmers with orchards (0.5 to 50 ha) of whom four were engaged in organic farming. The most positive aspects of grazed orchards were perceived to be animal health and welfare, production, biodiversity, and disease and weed control. The most negative issues were perceived as the complexity of work, the inspection of animals, labour requirements and the administrative burden. The stakeholders were interested in research to increase technical knowledge and also the availability of training.

If you would like to know about the activity of this group, please contact Nathalie Corroyer nathalie.corroyer@normandie.chambagri.fr

An initial stakeholder report was produced in December 2014.

A research protocol on grazed orchards in France was produced in February 2015.

A research update on grazed orchards in France was produced in January 2016.