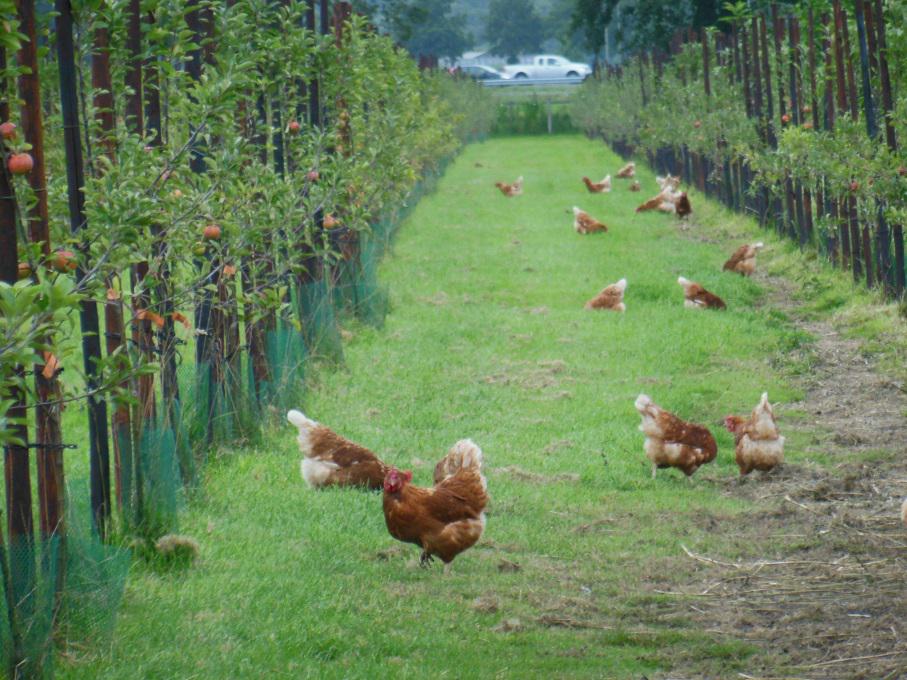 Agroforestry for poultry systems in the Netherlands

The first regional meeting of nine stakeholders was held on 9 July 2014 at a farm with broilers in acherry orchard in Terschuur in the Netherlands and the second was held on 18 September 2014, attwo walnut plantations near Winterswijk.
The key positive aspects of the agroforestry system were thought to be animal health and welfare, landscape aesthetics, and timber and nut production. Negative aspects included labour and management costs and problems with mechanization. The establishment of profitable combinations was a potential research focus.
If you would like to know about the activity of this group, please contact Monique Bestman M.Bestman@LOUISBOLK.NL at the Louis Bolk Institute in the Netherlands

An initial research and development protocol was produced in March 2015.

An update on agroforestry research with free-range egg production in the Netherlands was produced in November 2015.

In October 2017, Monique Bestman and colleagues at the Louis Bolk Institute in the Netherlands summarised the lessons learnt from their research on using agroforestry for organic/free-range egg production in the Netherlands. They examined and relate their experience of working with several examples of agroforestry: egg production with apples, biomass willows, Miscanthus, a tree nursery, and walnut trees. They also examined broiler production with cherry trees. The combinations have advantages for animal welfare and animal health. However there are high investments costs and there is often a lack of training or expertise in how to manage the trees. The lack of tree knowledge can be overcome by poultry producers working with a tree specialist, but the arrangement needs to be carefully considered to prevent conflicting interests.