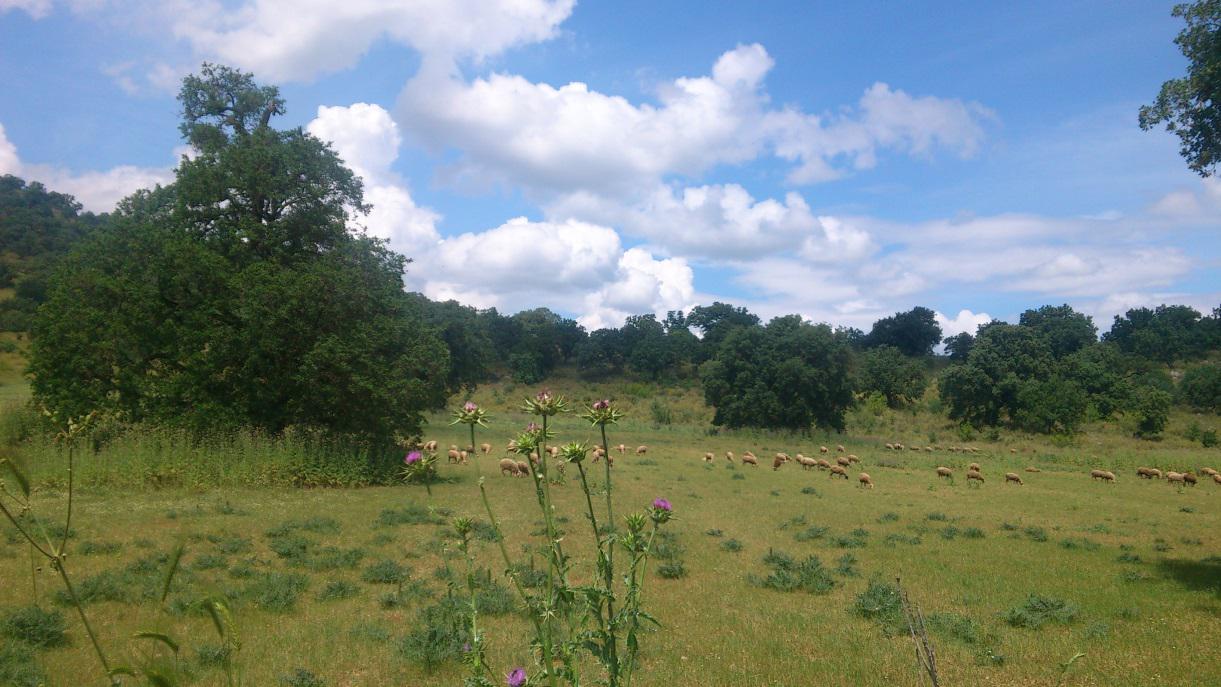 Agroforestry and specifically silvopastoralism is a traditional land use system in parts of Western Greece where livestock breeders use the valonia oak (Quercus ithaburensis subsp. macrolepis (Kotschy) Hedge and Yaltirik) forest for grazing and the collection of acorns. Pantera et al (2008) identified that valonia oak forests cover about 29,630 ha in continental and insular Greece.

The first meeting of the stakeholder group was help on 29 July 2014 at Pegadia, Xeromero, in Western Greece. The meeting was attended by 25 stakeholders, of which 20 were farmers.
Presentations on the valonia oak silvopastoral system were made by Dr Anastasia Pantera, Dr A.Papadopoulos, Dr G. Fotiadis and the Chief of the Messologi Forest Service. The stakeholders identified that the positive aspects of the agroforestry system were improved animal health and welfare, animal production, and the diversity of products. The principal negative effects were seen to be losses by predation, reduced groundwater recharge, and the administrative burden. The key challenges included poor tree regeneration, insect pests for the livestock, and the role of economic incentives. Improved tree management, grazing regulation, the role of the understorey species
Phlomis fruticosa and product certification were possible areas for innovation.
If you would like to know about the activity of this group, please contact Dr. Anastasia Pantera (pantera@teiste.gr) at TEI Stereas Elladas.

An initial stakeholder report was produced in July 2014.

A research and development protocol was produced in March 2015.

A system description describing some initial vegetation measurements was produced in January 2016.

Andreas Papadopoulos and colleagues describe two experiments focused on valonia oak silvopastoral systems.  The study in Xeromero in Western Greece showed that grazing exclusion led to an increase in oak seedlings, and the benefits of maintaining some “middle-layer” shrubs to protect young saplings.   The study on the Kea island of Cyclades focused on the establishment of legume mixtures.  The initial results indicated that although the sown legumes did not increase total pasture production, they did increase the production of legumes.