Agroforestry meeting in the European Parliament

Over 80 people from across Europe met in the European Parliament to discuss how to mainstream agroforestry in practice and through policy initiatives. The meeting entitled “1 + 1 = 3” was hosted by Paul Brannen MEP and examined how agroforestry can boost the revenues and resilience of Europe’s farmers.

Paul Burgess, Co-ordinator of the AGFORWARD project, explained that agroforestry is an important European land use equivalent to almost 9% of the agricultural area. Agroforestry is dominated by silvopastoral systems (combining trees and shrubs with livestock) such as the dehesa and montado and wood pastures, but there were also distinct benefits from using more trees on arable farms. Paul explained that field research and farmer perceptions demonstrated that integrating trees with farming provides synergistic benefits including increased land use efficiency and income diversification, improved animal welfare, and increased biodiversity, soil conservation and carbon sequestration. He argued that these societal benefits warrant policies to encourage agroforestry, a reduction in the current administrative burdens, and there would be a net benefit if society compensated farmers for some of the additional on-farm labour and management costs.

Fabien Balaguer described how agroforestry was being implemented in practice across a range of farm types in Southern France, with a particular focus on improving water and carbon management at catchment and landscape scales.

Rosa Mosquera-Losada described how changes in policy within Europe could encourage the wider uptake of agroforestry. These include recognition of the wide range of agroforestry types (silvopastoral; silvoarable; hedgerow, windbreak and riparian buffer strips; forest farming and homegardens). She recommended that well-managed agroforestry on agricultural land should be fully eligible for Pillar I payments in the Common Agriculture Policy and that the wide and diverse range of agroforestry-related measures in Pillar II should be brought together.

After the presentations, an invited panel examined ways to mainstream agroforestry in Europe. The panel comprised Olivier De Schutter (Co-chair of the International Panel of Experts on Sustainable Food Systems), Valentin Opfermann (Policy Advisor on Agricultural and Environmental Research and Environmental Issues at COPA-COGECA), Patrick Worms (Senior Science Policy Adviser at the World Agroforestry Centre) and Frédéric Morand (Farmer and founder of Vert d’Iris International). There was a wide-ranging discussion and the responses to questions covered how current taxation systems (that often places high taxes on labour use) can penalise farm practices, such as agroforestry, where labour costs are often high. The panel also highlighted the very important role that agroforestry in Europe can and should play in terms of conserving soil and sequestering carbon. They recommended that agroforestry could and should play a role in enabling the Common Agricultural Policy meet its environmental and economic objectives. 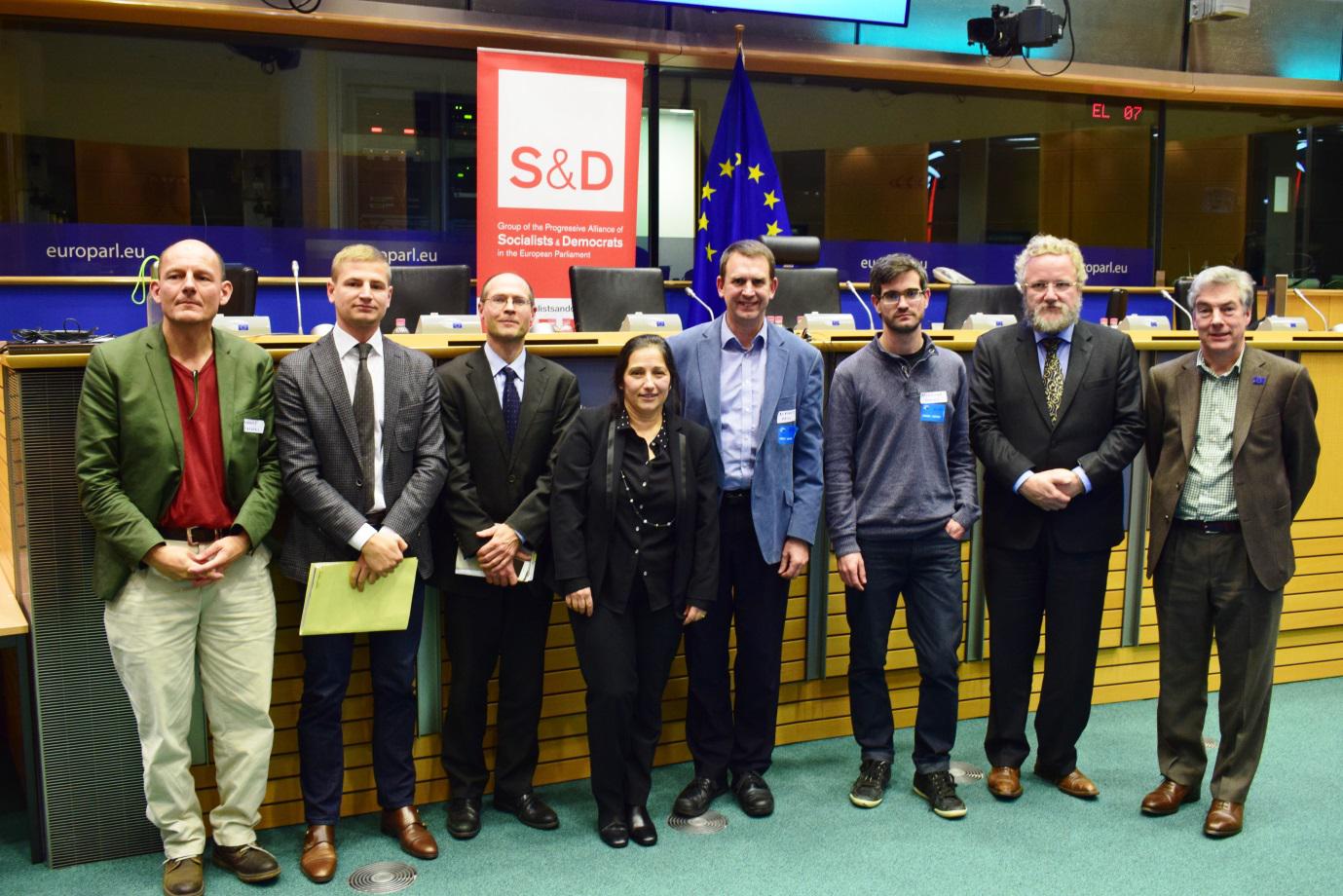 In addition, the meeting saw the release of the AGFORWARD folder of innovation and best practice leaflets. The folder comprises 46 “Agroforestry innovation” leaflets, developed by 40 stakeholder groups across 13 countries, and 10 “Agroforestry best practice” leaflets. On-line copies of the leaflets will be made available on the AGFORWARD website during December 2017. The meeting concluded with a reception, where all present continued to discuss the best ways to mainstream agroforestry across Europe. 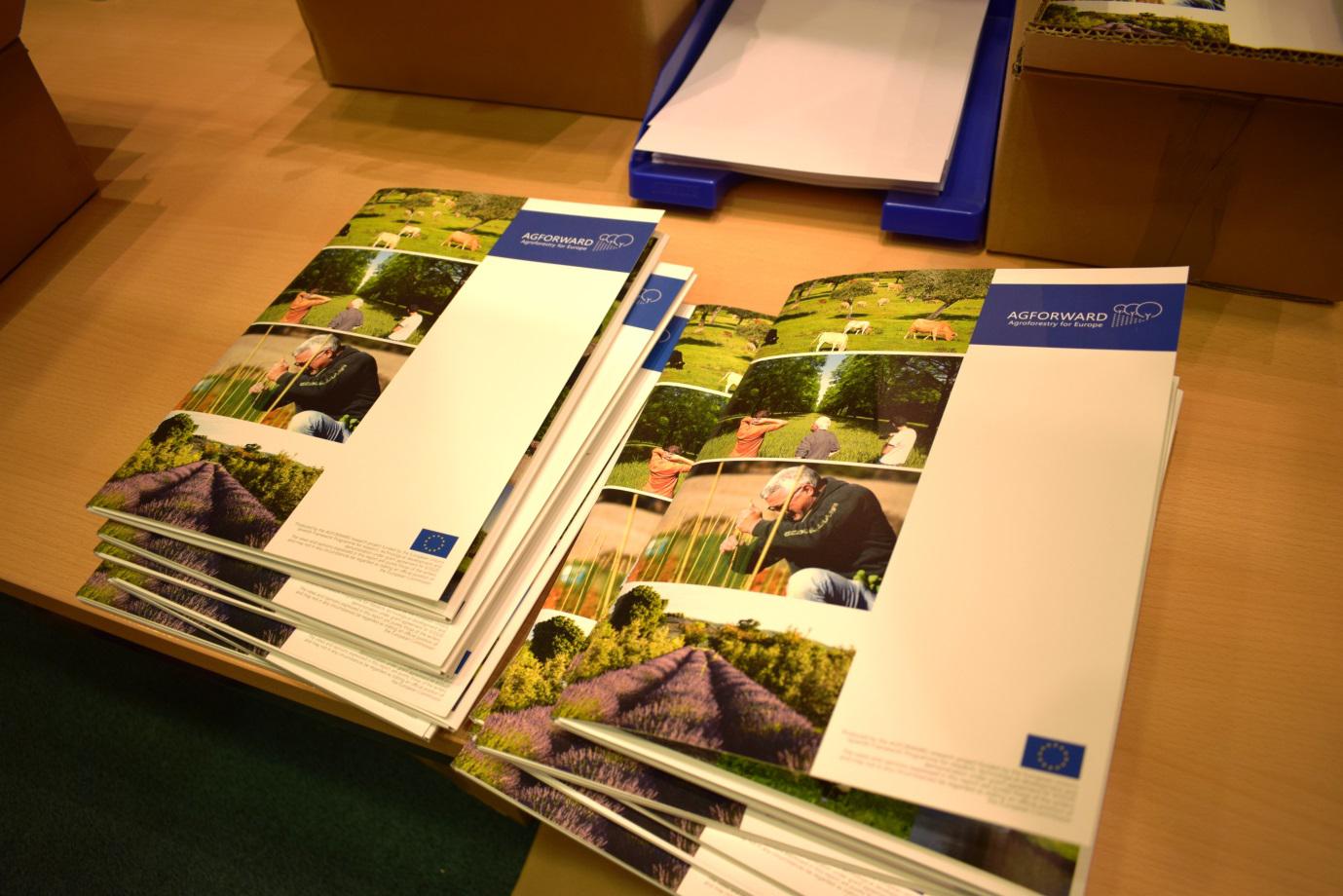 Copies of the AGFORWARD innovation and best practice leaflets were available.

Copies of the presentations:

Burgess, P.J. et al. (2017). How agroforestry is boosting the revenue and resilience of Europe’s farmers: what is, where is and why agroforestry? Presentation at the European Parliament, Brussels. 29 November 2017.

Balaguer, F. (2017). Agroforestry: debating the future (and present!) of our farming. Presentation at the European Parliament, Brussels. 29 November 2017.

Mosquera-Losada, M.R. et al. (2017). How can policy support the uptake of agroforestry in Europe? Presentation at the European Parliament, Brussels. 29 November 2017.

A full copy of the “How can policy support the uptake of agroforestry in Europe?” report can be found on the following webpage: how-can-policy-support-the-uptake-of-agroforestry-in-europe.html